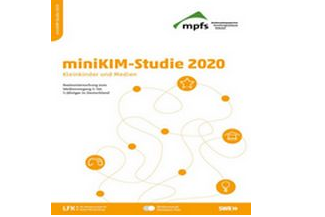 The range of media has expanded significantly in recent years and this also affects the smallest media users. Above all, alternative options to linear television have become popular and the time-sovereign use of streaming services and online videos is also very important in the everyday media lives of young children. On average, two- to five-year-old children already spend as much time with streaming services as with traditional television. With the miniKIM 2020 study, the Medienpädagogische Forschungsverbund Südwest (mpfs) in cooperation with the Südwestrundfunk (SWR) presents basic data on the media use of children between the ages of two and five for the third time after 2012 and 2014. For the study, a total of 600 main educators were surveyed online about the media behaviour of their children.

Click here to get to: MiniKIM-Study 2020- Young children and media