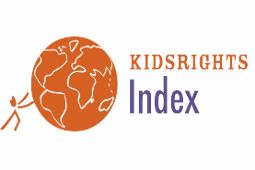 The KidsRights Index boasts improved methodology in 2018, specifically in the domain of Education, which traditionally suffered from data gaps within various key indicators. From 2018 onwards the Education domain is based on the indicator ‘Expected years of schooling’. Moreover, 17 countries that previously were not included in the KidsRights Index due to a lack of data were added to the Index in 2018, including the Democratic People’s Republic of Korea, Fiji, San Marino and Sudan.

Norway is 2018’s number one on children’s rights, followed by Iceland and Portugal. Per-state performances are not measured in terms of the absolute contributions to children’s rights, but are judged on countries’ efforts relative to their socioeconomic capabilities. The United Kingdom’s extremely low ranking, for example, does not in itself indicate that children are worse off there than those who live in less wealthy countries. It does mean, however, that the UK has underperformed drastically compared to its socioeconomic standing and capabilities.

The KidsRights Index’s overall ranking and additional information, including the 2018 report of the rankings on the individual domains and other available information, are available at https://kidsrightsindex.org/.

Additional content for: UN Convention on the Rights of the Child