Study on communication and media use in families 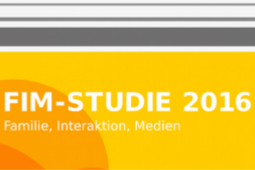 According to the self-assessment of parents in Germany, fathers are experts in television technology (82%) and in computers and hardware (74%). But the fathers are also believed to have the greatest expertise in the operation of mobile phones and smartphones (66%) and in the use of computer programs (62%). On the other hand, mothers know best about TV content (74%) and books (64%). From the parents' point of view, children and adolescents, who are often attributed with a high level of operating competence in the media sector, are the experts in the family only when it comes to computer games.

If the children are asked who knows best about different media topics in the family, the parents' assessment is largely confirmed. Children only assess themselves better than their parents when it comes to social media.

In the context of the FIM study, parents should also provide information on who they consider to be primarily responsible for protecting children from negative media influences. The majority of parents (78%) believe that they themselves are mainly responsible for the protection of their children. 13 percent see the media companies in the first place as responsible and eight percent expect the state and authorities to offer protection. Only in second place parents view the companies (46%) and state bodies in particular as responsible.