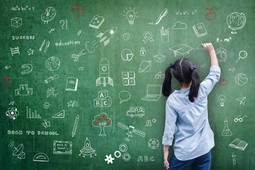 The digital environment can greatly enable and enhance children’s access to high-quality inclusive education, including reliable resources for formal, non-formal, informal, peer-to-peer and self-directed learning. Use of digital technologies can also strengthen engagement between the teacher and student and between learners.

The digital environment promotes children’s right to culture, leisure and play, which is essential for their well-being and development. Children of all ages report that they experienced pleasure, interest and relaxation through engaging with a wide range of digital products and services of their choice.