Right to Protection and Safety 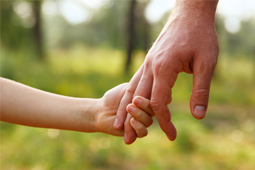 In all areas of life, both online and offline, children must be protected from any form of violence, abuse, negligence and mistreatment. Along with guidelines and laws that serve the purpose of protecting children, appropriate technical provisions must be implemented, while empowering children for self-protection in the digital world (UN-CRC Art. 3). Protection and safety in the digital world arises from a mix of different instruments and the children’s empowerment for self-protection. It is the duty of parents and pedagogues in educational institutions to promote the empowerment of children, while governments have to provide the legal framework and preconditions. This interplay is described in the model of Intelligent Risk Management. The model constitutes the different strategic goals of protection, based on the development along the child and adolescent phases and, with increasing age of the children, focuses on the growing ability to cope with risks.