Right to Education and Digital Literacy 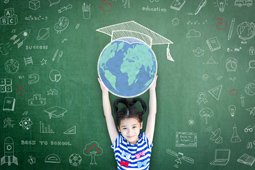 Every child has a right to education, access to which has to be provided without discrimination and on the basis of equal opportunity. (UN-CRC Art. 28)

The educational system shall enable children to benefit from the opportunities and cope with the risks in the digital environment. Children should learn how to make competent use of content appropriate for their objectives and needs, and they should gain the skills to live safely and freely in the digital world. Here, parents and educators should provide competent, responsible and trustful support.