Right to Assembly and Association, Participation and Play 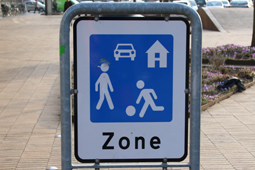 The right to play is important for developing social skills and growing up healthy. The digital world must be designed as a safe and appropriate place for exercising this right. (UN-CRC Art. 31)

Digitisation has broadened the possibilities for children to take part actively in dissemination of information, opinions and ideas and provides huge potential, especially with regard to democratic co-determination. Information can be provided, spread, publicly discussed and commented on very quickly anywhere.