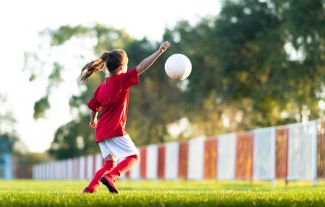 A working group of the European Committee for Standardization (CEN) and the European Committee for Electrotechnical Standardization (CENELEC) is currently working on the standardization of a framework for age-appropriate digital services. Clear guidelines are being established for the design of services aimed at or used by children, based on the requirements of the 25th General Comment on the Rights of Children in the Digital Environment, adopted by the United Nations Committee on the Rights of the Child in March 2021. This Europe-wide framework comes at the right time and can spur the implementation of precautionary measures laid down in § 24a of the German Youth Protection Act, which was also amended in 2021. This seems sensible and necessary - one and a half years after the new rules came into force - because the willingness of service providers to assume responsibility still has significant potential for improvement.

In September, the company Electronic Arts Sports released the game FIFA 23, approved by the USK without age restriction. It’s great when even small children can immerse themselves in the fascinating world of digital football - you can’t start early enough to get children excited about the sport. It becomes critical, however, when children are tempted to improve their score by using cash in a really fascinating game with so-called loot boxes. These loot boxes, available for a price of 22.96 EUR via in-app purchases, contain content put together at random, i.e. they are costly bags of wonders. Even attentive parents will not get the idea that there is a high risk of commercial exploitation of children - and possibly the plundering of their own credit card account - in a game that is approved for ages 0 and up. So-called micro-payments - a term that is in itself questionable for amounts such as for the loot boxes in the game FIFA 23 - are a highly lucrative business for the providers; in Germany, a total of 4.2 billion in sales were made with in-app purchases in 2021.

§10a of the German Youth Protection Act states that one of the objectives of the law is to protect the personal integrity of children and adolescents when using media. This objective requires a broad interpretation, because the vulnerability of children lies in very different areas and includes the danger of age-inappropriate incentives to play and buy. §10b of the Youth Protection Act regulates that circumstances of the respective use of the medium that lie outside the effect of the media content can also be taken into account in the classification as having an adverse effect on development. Risks due to purchase functions, mechanisms similar to gambling, as well as mechanisms that promote excessive media use behavior are explicitly mentioned here.

The approval of FIFA 23 from 0 years of age took place within the framework of a regular test procedure in July 2022 according to the USK on the basis of the currently valid USK guideline criteria. According to the USK, the formal implementation of the new regulations of the Youth Protection Act started in 2021 and is to be completed by spring 2023, after which the adjusted guideline criteria for the testing of computer games will come into force. The age ratings issued until then will remain unaffected by the new guideline criteria - i.e. FIFA 23 will continue to remain without a labeling of the associated risks long after the youth protection amendment. Even though the USK argues in its statement that the decision regarding the age rating is correct from a procedural point of view, one may ask whether this satisfies the responsibility of providers to protect the personal integrity of children and young people, as they should also be committed to voluntary self-regulation.

The Youth Media Protection Index 2022 presented in Berlin on 13 October on the occasion of the 25th anniversary of the German Association for Voluntary Self-Regulation of Digital Media Service Providers (FSM e. V.) states that parents are more concerned than in 2017; three quarters of the respondents mention at least one concern, especially with regard to interaction risks, there is a significant increase. 72 percent would like to be able to see whether online services are suitable for their children based on corresponding labels. The number of parents who ascribe a high responsibility for the protection of minors in the media to the voluntary self-regulation bodies has also increased significantly, from 63 to 80 percent. Of these, 59 percent believe that self-regulation bodies do their job rather well to very well, a significant increase of 16 percent compared to 2017 and thus a high level of trust by parents in the structures of youth media protection, which the providers and self-regulation bodies must now take into account in a joint assumption of responsibility.

The Federal Agency for the Protection of Children and Minors in the Media (Bundeszentrale für Kinder- und Jugendmedienschutz), which is responsible for enforcing the JuSchG, also provides impulses for this by entering into dialogue with providers and demanding measures for better protection of young people in the media. In a press release on 10 October they have asked game providers to explain which precautionary measures they intend to include in their game offers against gambling accustomization and dependency mechanisms in children. This is an important step to ensure that FIFA 24, 25, 26 ... contains more than just traces of youth media protection in the future. And to make the call to action appealing to the Cologne-based provider EA Sports with a song by the Cologne band de Höhner: If not now, when?