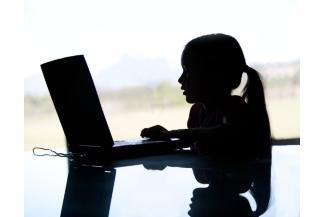 On 13 February, Safer Internet Day 2020, stakeholders from more than 150 countries around the world will participate in the implementation of measures on its key topic "Together for a better internet". #checkwemdufolgst is the motto set by the initiative klicksafe.de as German coordinator for SID 2020. The main focus is the role of influencers in social media and how to deal with them consciously. Influencers are people who use social media channels with their personal profiles and through their strong presence, their high reputation and their reach in social networks, are able to influence the opinion of others.

Due to the large number of different formats, it is often difficult even for adults to tell whether the content disseminated on the channels of influencers is pure self-portrayal, consciously influencing the attitude and opinion of the recipients or product placement. Children, who have less experience in distinguishing between editorial content and advertising, often lack an orientation here. Their right to freedom of expression and the freedom to obtain information (Art. 13 UN-CRC) may be affected by "hidden" messages in the content disseminated by influencers. At the same time, advertising messages, if they provide subtle incentives to buy or even aggressively address children's needs, may violate the child's right to protection from commercial exploitation (Art. 32).

Today, however, children and young people themselves are increasingly appearing as influencers in social media. "Usually the young internet stars can be seen in videos or pictures, testing and evaluating toys and other products, trying on clothes, giving make-up and styling tips or personal recommendations and opinions", write Bettina Goerdeler and Anna Grebe from the initiative agency „Growing up well with media“ in an article in the magazine "Frühe Kindheit der Dt. Liga für das Kind", 2/2019, pp. 42 - 49. This makes the channels of these minors attractive as advertising media for companies, sometimes they even become lucrative sources of income for the families. Goerdeler and Grebe point out that children who act as influencers in this way can lose their self-determination and that the children’s social interactions are increasingly commercialised. Here too, the question arises as to whether the protection against economic exploitation under Art. 32 is still respected, especially since the regulations governing the advertising industry to protect children do not take effect in the private production of online content.

The sometimes deep insights that child influencers provide into their everyday life by publishing photos and videos on the Internet carry the risk of violating their privacy (Art. 16). The minors are most often too young to assess for themselves what consequences this form of self-portrayal may have for their further lives. They are also potentially exposed to being contacted by persons from their audience without knowing their true identity. These contacts probably also bear the risk of infringing children’s right to be protected from sexual abuse (Art. 34).

Last but not least, the child influencers themselves sometimes disregard the personal rights of other children when, for example, their images or voices are made public in the posted content without them being asked.

Influencers are the heroes of today's children: An Internet search with the term "career aspirations influencer" delivers more than 10,000 search-results, and the online magazine "ZEITjUNG" headlines "When I grow up, I'll be an influencer!. In order to ensure that childhood remains a carefree period of life in face of the digital transformation of society, the prevailing circumstances must be renegotiated and redesigned. For growing up well in the digital world, children need orientation and support. They need to know about their own rights, and they need rules that they understand and can act upon accordingly; this includes, for example, posting pictures of others on the Internet only with consent. In addition to educational measures, however, a legal framework is also needed which takes account of new forms of commercialisation of childhood and guarantees respect for children's rights. This will enable us to implement the priority theme of SID 2020 "Together for a better Internet".

Leave your email and we'll inform you about new content.


Data protection: The e-mail address data to be transmitted is used exclusively for sending the newsletter. A passing on to third parties, also in excerpts, does not take place. If you unsubscribe, your data will be completely deleted.