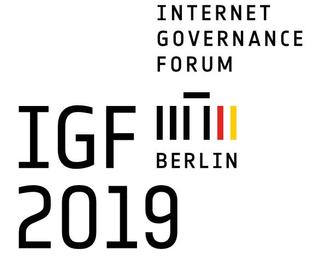 A week of international professional exchange at the highest level on issues of Internet governance ended on Friday evening with the Closing Ceremony. The topics of child protection and children's rights were discussed more comprehensively than in any of the previous editions of the IGF.

The first part of the meeting was opened by the discussions of the High Level Internet Governance Exchange organised by the German Federal Government on the morning of 25 November. After a speech by Federal Minister for Economic Affairs and Engery, Peter Altmaier, the three thematic tracks of the IGF 2019 „Data Governance“, „Digital Inclusion“ and „Security, Safety, Stability & Resilience“ were discussed in nine panels with high level participants from governments and the private sector as well as civil society and the technical community in order to develop initial impulses for the programme of the following four days. In the panel "Safety and the Right to Protection", the claim of a safe area of experience for children and young people was raised as a demand based on the UN Convention on the Rights of the Child. The importance of the Convention on the Rights of the Child for a good upbringing with media was discussed more in-depth in the afternoon in the workshop „Children’s Rights - a Case for Internet Governance“ (Pre-Event 18) organised by the British 5Rights Foundation. Around one hundred participants were informed about the status of work on a General Comment on the UN-CRC with a focus on children's rights in the digital environment. The need to re-comprehend children's rights in the light of the digital transformation of society and to exploit the potential of digitisation for the realisation of children's rights were reaffirmed by the panelists and participants.

On Tuesday, the first official day of the Internet Governance Forum, the morning began with the Dynamic Coalition on Child Online Safety's (DC COS) workshop. The discussion focused on the realisation of children's right to play, leisure and cultural participation in accordance with Art. 31 UN-CRC. First, the different business models of online games and the partly aggressive marketing strategies of the providers were presented and the resulting risks of commercial exploitation and excessive use for children were discussed. In addition, potential dangers lie above all in communication and interaction, which are conducted in parallel with play activities. Age classification of games and apps is generally based on their content, which means that neither the risk of inappropriate contacts nor the risk of inappropriate purchases or loot boxes is discernible. Self-regulation as an instrument for effective protection of minors is today widely regarded as a failure, especially with regard to games. Therefore, according to the prevailing opinion, effective regulatory measures are necessary. One demand from the session was that the online games industry must become more transparent with regard to its commercialisation strategies and with regard to what children can encounter in gaming environments.

Children's right to data protection and privacy was the focus of a workshop on Wednesday morning organised by the German Children's Fund (Deutsche Kinderhilfswerk) in cooperation with Media Monitoring Africa (WS 170). The claim was made that children's rights should be taken into account in all questions of Internet governance. At the same time, children must be informed about their rights and actively demand their realisation themselves. The teaching of media literacy in schools and responsible action by the platform providers were named as essential building blocks.

Four Workshops in one day

On Thursday, the topic was continuously on the agenda with four workshops from 9.30 am to 6.10 pm. The first session was about measures against hate speech (WS 150). Here, too, regulation - such as the German Network Enforcement Act - was mentioned as an important instrument alongside media literacy for children and adults. Platform providers should further develop their measures against Hate Speech with their users, legislators should exchange information on legal framework conditions in their countries worldwide.

The results of the Global Kids Online studies were presented immediately afterwards (WS 137). Results from surveys based on the same methodology worldwide are an important prerequisite for developing measures for the protection of children and young people and for implementing these measures with globally active platform providers, according to the speakers.

Cyberbullying was the focus of a session organised by UNICEF China and the Chinese Association of the Internet Society (WS 95). This session dealt with a phenomenon resulting mainly from the increasing interaction and communication of children and adolescents on the Internet. Due to the persistence of Internet content and the increasing mobile use of the Internet, which takes place in the area of children's personal privacy, cyberbullying can have considerable consequences for personality development. However, the number of children and adolescents having such negative experiences is still low and, according to current scientific studies, is in the range of less than 10 percent. The promotion of media literacy and moderated communication spaces can make a significant contribution to reducing the risk. From a child rights perspective, balanced measures that do not restrict children's civil rights are necessary. The monitoring of children and adolescents should not be regarded as an adequate means, was the unanimous demand in the workshop.

A further workshop organised by the DKHW (WS 23) dealt with the participation of children and young people and their ability to protect themselves. Here it was suggested to consider the rights of children when designing offers and services. The cooperation of civil society actors was also considered important in order to create a lobby for children's rights. One should not wait for politics and business to take the lead on this issue, but rather for children and young people themselves to become active and demand the realisation of their rights.

In view of the threat of fragmentation of the Internet and the still considerable differences in access and use options, it is not surprising that human rights were the focus of many of the IGF's debates - not only in the sessions dealing with children and young people and their rights.

In her opening speech, Chancellor Angela Merkel stressed the importance of a free and open Internet and at the same time pointed out that the right to freedom of expression must only go as far as it does not endanger the safety of others - especially children. This thought-provoking impulse has obviously fallen on fertile ground, it can be found in many reports from the sessions of the IGF 2019.