The World is Changing - About Growing-up in a Digital Environment 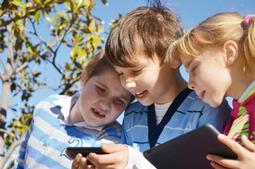 In 1989, the Convention on the Rights of the Child (UN-CRC) was adopted by the United Nations. To this day 195 states have ratified the Convention, making it the United Nations’ most widely recognized human rights document. The Convention is meant to grant special protection to young people under the age of eighteen. The ratifying states commit themselves to implement and guarantee the rights to freedom and protection as laid down in the 41 articles of the treaty.

Human rights are granted to everybody, regardless of their age. The UN Convention on the Rights of the Child is based on the assumption that it is essential to the well-being of children under the age of eighteen to emphasise and protect their rights and to provide the framework for their implementation.

Coinciding with the elaboration process of the UN-CRC, Tim Berners-Lee developed the World Wide Web at the CERN Research Centre in Geneva. The code, initially designed for the exchange of information among researchers, has made the usage of the internet possible for everybody. Today more than 3 billion people worldwide are connected to the web and are using online services on a regular basis, one third of them being under the age of eighteen and thus children in terms of the UN-CRC. In Germany, according to the KIM- and JIM-Studies , 97 percent of the children aged six to 19 years have access to the internet at home. Hence, there can be no doubt about the already significant impact of digitisation on the everyday life of children, both in a positive and a negative way.

The agreements of the Convention on the Rights of the Child are related to all areas of lives. They grant certain rights to children and set a regulatory framework to warrant that entitlement. For some paragraphs, for instance the right to freedom of expression (Art. 13) and the right to access to information (Art. 17), the impact that digitisation has on the availment of the rights defined therein is obvious. For other paragraphs it is necessary to scrutinise what consequences the digital environment of children has on exercising their rights to freedom and protection, or to ask how digitisation provides grounds for a broader understanding of these rights. Among the latter is the right to express their own views, as laid down in Art. 12. The appropriate consideration of the child’s opinion in all matters affecting the child can be considerably simplified by means of digital media. Children’s capacity to develop and express their own positions towards certain issues increases with their age. Online participation platforms can support and accompany this process of learning and personal development, thereby making the voices of children of any age heard. The rights of the child to freedom of association and to freedom of peaceful assembly, as defined in Art. 15, can also be exercised by children in various ways via the internet and social media platforms, regardless of their place of residence or social background. Likewise, digital media provide new possibilities to enhance the right to education through educational resources online. Nowadays, children exercise their rights to rest and leisure, and to engage in play and recreational activities, as laid down in paragraph 31, to a growing extend via digital services. The building regulations in most German states explicitly stipulate the establishment of children’s playgrounds, often equipped with an age threshold for children up to fourteen, in order to provide a protected areas for leisure time. In the digital environment such offers specifically designed for children under a certain age, often described as Walled Gardens or Sandboxes, are seldom to be found and so far there is no obligation to create such safe areas.

Paragraphs 19, 34 and 36 demand the protection of children from all forms of (physical or mental) violence, sexual exploitation and sexual abuse. Today, this protection must also be interpreted with regard to risks that are emerging or reinforced through the internet.

Even in the light of digitisation, the UN Convention on the Rights of the Child retains its high relevance and the best interest of the child has the highest priority. It is not necessary to amend the UN-CRC with new paragraphs relating to children’s life in the digital environment. Rather, the existing agreements need a new understanding adapted to the digital environment children are living in and substantiated, where appropriate, by a ’General Comments’ General Comment. Current technological developments of digitisation, materialising in connected devices like toys or clothes collectively known as the ‘Internet of Things’, emphasise the necessity to monitor the preconditions for the implementation of the UN Convention on the Rights of the Child.