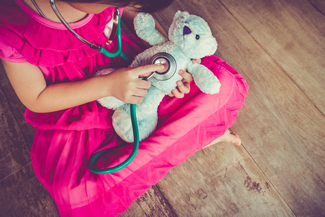 The right to health is enshrined in the UN Convention on the Rights of the Child (Article 24). Here, health is defined as "a state of complete physical, mental and social well-being and not merely the absence of disease or infirmity", which aligns with the WHOs views. Article 12 of the UN-CRC grants children the right to be heard in all matters concerning them. In agreement with this KiKA conducted a survey to find out more about the well-being of children during the Corona crisis. The children‘s channel commissioned a survey of 843 schoolchildren aged 6 to 13 on the topics of nutrition, exercise, and sustainability. The majority of the children showed a surprisingly high awareness of these health issues

For 39% of those surveyed, eating less sweets has a positive effect. "Sweets should be offered in moderation because sugar is generally very addictive" explained a 9-year-old female respondent. However, drinks should also be taken into account, according to the children. Almost two thirds of them prefer water (60 %), followed by sparkling juices (22 %), and finally softdrinks in third place(7,7 %).

In order to find out what health means for children, they were asked how to prevent childhood obesity. The majority of children see healthier food (83%), and exercise and sports (61%) as preventive measures. In contrast to the Motoric Module Study 2019 (MoMo) , which showed that about 80% of 6 to 17-year-olds in Germany aren‘t active enough (less than 60min of "moderate to strenuous activity" daily), in the KiKA study 89% of the six to 13-year-olds stated that they had moved for about an hour or more the previous day. They particularly like to be active outdoors or meet friends (65%), cycling or walking is also very popular (63%), and almost a third (30%) visit a sports club regularly.

"I don't want to put pressure on myself to perform, I prefer to play around foolishly", said a 7-year-old girl when asked about exercise.

Mental health is also an important issue, especially during the corona crisis. Most schools, playgrounds, and sports clubs were closed for a long time and children could not play around with friends as they would have liked to. Many children missed their friends (77%), visits to playgrounds (58%), everyday hobbies (45%), and above all their grandparents (54%). Therefore, the children were also asked how they felt during the pandemic. About half of the children (50.9 %) said they were "very well" or "rather well". Just under a third (29%) were undecided and the remaining children (20%) were "not feeling so well" or even "not well at all". Especially children aged eight to nine and girls felt uncomfortable during this time. Some children enjoyed having less school, spending more time with the family and seeing their parents more often. Only 13% of those surveyed said there was nothing good about Corona.

"A school subject dealing with health education would be important," said a 13-year-old male interviewee. This statement is directly related to Article 24 of the Convention on the Rights of the Child, which requires that all children be "provided with basic knowledge concerning the child's health and nutrition" and that they "have access to appropriate training".

Particularly in light of the corona pandemic, the issue of health is becoming increasingly important also for children. During the KiKA thematic focus, many aspects of the topic of health will be presented through documentaries, magazines, or films. These can be found on the TV channel or as on-demand offers on kika.de, kikaninchen.de, in the KiKANiNCHEN app, and in the KiKA player. During the ongoing corona phase, the KiKA consulting service "KUMMERKASTEN" offers mental support. On kika.de/kummerkasten the corona hygiene rules are shown in an entertaining way and during the period of the thematic focus, study results are taken up and perseverance is encouraged.